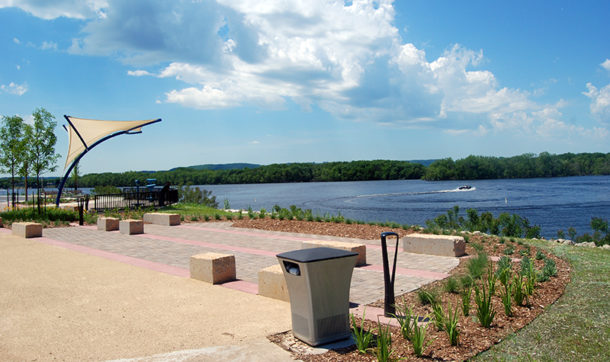 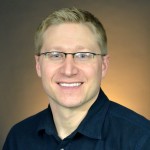 If you have a public space to design, it’s best to ask the public what they would like designed. Then be ready to work with the many public sector entities, businesses, and organizations that all need the project to fit in reasonably with surrounding infrastructure and stakeholders’ dreams for the future. Finally, expect plans to change along the way.

A small but notable project in La Crosse, Wisconsin, serves as a good case study for understanding what the public and specific stakeholders want and then carefully guiding that vision through the obstacle course of budget demands and administrative requirements. 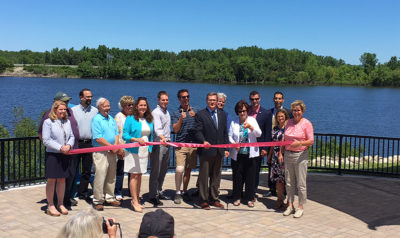 The City of La Crosse hired Ayres in 2013 to design an eagle viewing area along the west side of US 53/STH 35 (Rose Street) along the Black River near its confluence with the Mississippi. The 4-acre slice of land previously was bisected by a busy exit ramp connecting eastbound I-94 to US 53 and STH 35.

When Ayres’ transportation engineers began redesigning the interchange in 2012, it became evident that the new design – a more compact diamond interchange – would leave much more of the nearby riverbank area available for a dream project: an eagle viewing area conceived by eagle enthusiasts several years earlier.

The roadside oasis’ appearance and the materials used to build it keep it rooted in the local significance of rivers and wildlife. Visitors will notice a distinctive, custom-made perforated metal sign with an image of an eagle, along with a single-support shade structure that evokes an eagle in flight. 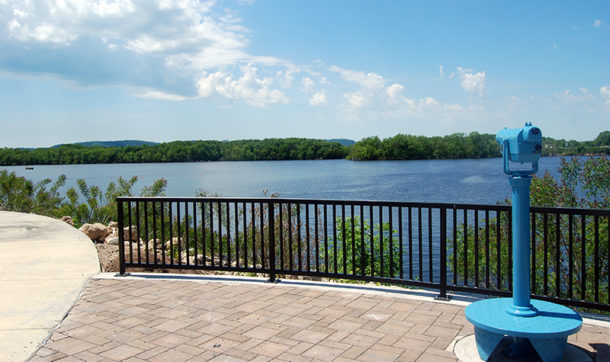 The site features stationary viewing scopes at various heights for people to zoom in on birds and other features of the river valley. Permeable pavers in pedestrian areas reduce runoff to nearby waterways. Safe crossings for pedestrians are built into the Rose Street design at the entrance to the new wayside. The overall highway project north and south of this spot included a new bicycle/pedestrian pathway. The eagle viewing area accommodates the continuation of this multimodal trail, and its bike racks invite bicyclists to rest there along their way.

What Makes a High-Profile Project Successful?

Keys to making sure a community gets the project it wants are communication, collaboration, and catalyzation.

Early Communication: Start as early as possible to gather opinions from people who hold a stake in a project’s results. Ayres started work back in 2012, gathering knowledge and input from a long list of interests, including: 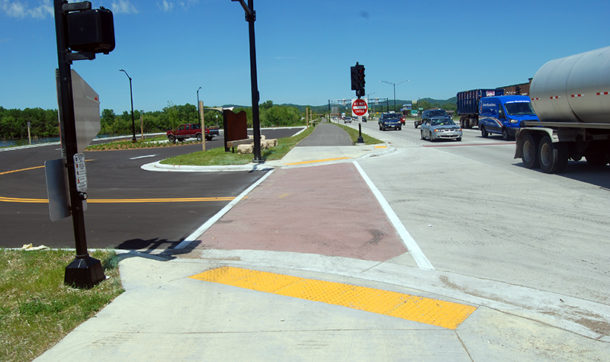 An Eye Toward Catalyzing Further Improvements: Carrying over 32,000 vehicles per day, Rose Street represents a major gateway to the La Crosse area and Wisconsin as motorists entering from Minnesota leave I-90 at Exit 3. The eagle viewing area and nearby landscape enhancements and multi-use trail were supported by federal, state, and local funding, including over $800,000 in Wisconsin Community Sensitive Design Funds. The improvements were part of the overall $65 million interchange project and are aimed at catalyzing private investment on this important corridor by enticing people to experience the beauty of the region. The varied points of interest in the facility give visitors plenty to see and do outside the peak winter eagle viewing period.

Key functionality concerns included spacing the facility’s access road a safe distance from the interchange, making sure most of the 4-acre site is accessible to people of all abilities, and designing safe, efficient vehicular circulation. 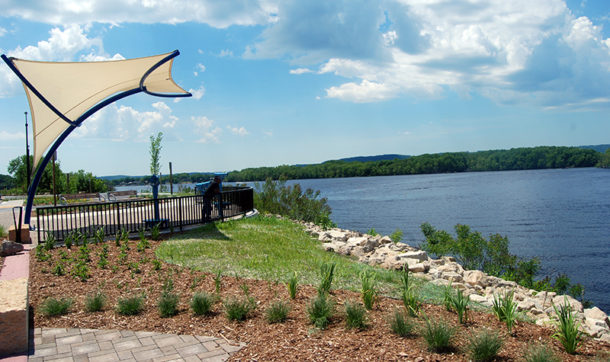 Creating visual continuity between the landscaping and plantings along US 53/STH 35 and those inside the viewing area was important. Other key design considerations included choosing seed mixes partly aimed at providing perennial food sources for wildlife, such as sunflowers, which are popular with various bird species. Cultivated varieties of native species were used. Slope stability and erosion control measures were crucial during construction, given the site’s proximity to rivers. The permeable pavers chosen for the project further address runoff quality.

Forethought is also important in public sector projects. This project set aside a spot for a sculpture of Native American lacrosse players. The sculpture – a popular target of tourists’ photography – is at a less accessible site to the south. Funding was not available to move the sculpture as part of the initial project, but the piece could be added later. Fishing access and interpretive signs about local history also could be added.