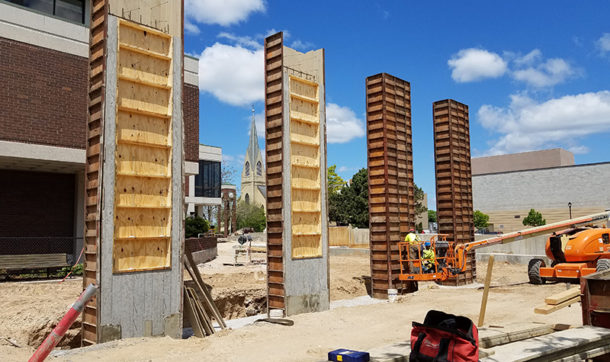 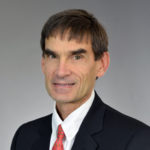 A “welcome” sign on a newly completed project doesn’t tell the entire story of technical challenges designers overcame between the drawing board and the construction site. Challenging design questions are often answered with hidden – but vital – design elements. Here are a few examples:

Can Heavy Artwork Panels Be Removable in a Narrow Space?

While redesigning the Mead Public Library plaza in Sheboygan, Wisconsin, one of the team’s charges was to repurpose 16 art panels from an outdated clock to help better define the gathering space, stacking them inside four concrete columns (see photo at top). What made this challenging, however, was that each of the 700-pound, 4-foot-by-4-foot panels needed to be removable – and removable in a narrow space. Each column only had 2 feet of space to work with, and the connections needed to be hidden.

Attaching a bracket to the existing mounting tab on the back side of the art panel formed a clamp that was slid down a specially formed channel in the concrete column. The challenge came in tightening the panels in place since the bottom brackets were over 3 feet lower than the top of the panel, and the mounting cavity was only a few inches wide. 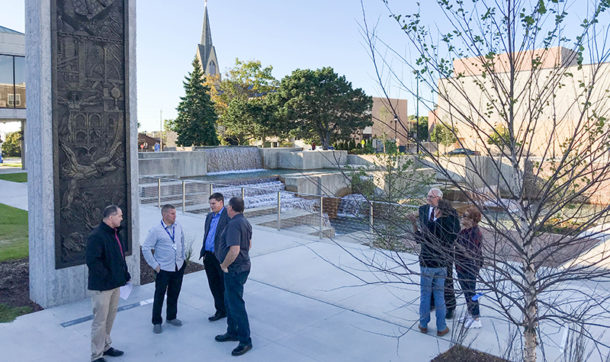 To solve this problem, the brackets were tightened as much as possible to allow the panels to slide without binding. Shims were then inserted through the narrow cavity to create a tight fit for the lower brackets, and the top brackets could be reached with a wrench. This process was repeated as the four panels were stacked on top of each other.

For generations, downtown Rock Island, Illinois, has been separated from the Mississippi River by businesses and a flood control dike. With the opening of the 5-acre Schwiebert Park, residents can now take in sweeping views of the river, watch barges move through locks, see bald eagles feeding in the winter, or attend a concert on the riverbank. And when the Mississippi threatens to flood, a removable flood wall system provides protection. 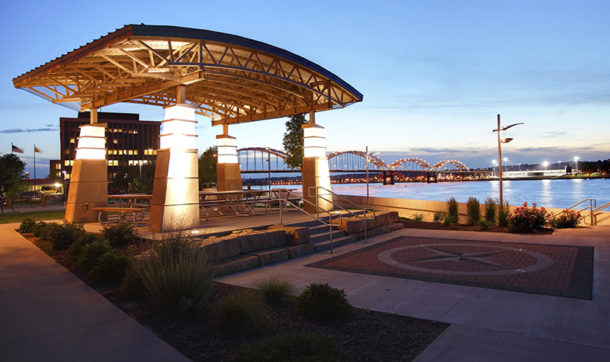 The existing flood wall was about 4 feet higher than the existing walk, blocking visitors’ view of the Mississippi. The team needed to raise the elevation yet couldn’t simply fill it with dirt because that would put too much weight on the wall itself. They considered structural foam but couldn’t just put foam on top of the walk because the flood wall was permeable and the foam would float. The solution was to dig out 4 feet of soil, place structural blocks, then backfill on top (carefully calculating how much to use before it would float), and adding the walk on top of that.

(I’ve also seen structural foam used in place of heavy soil on roof garden projects, again tucked away and hidden underneath where no one would even know it’s there.)

Can Emergency Vehicles Get to the Site?

Buildings of a certain height in Madison, Wisconsin, require specific access routes for firetrucks. During the design of Madison College’s expansion project, the design team needed to ensure a wide enough swath of land for proper access. A relatively narrow connection/walkway was once planned through the campus, but to comply with the requirements, the team reconfigured the area to make it wider and a more major connection that also aligned with the front doors of the building and served as the campus’ main pedestrian thoroughfare. Additional landscape design features enhance the space and connect people to the various outdoor aspects of the expanding campus, but the width of the passageways is driven by the firetrucks. 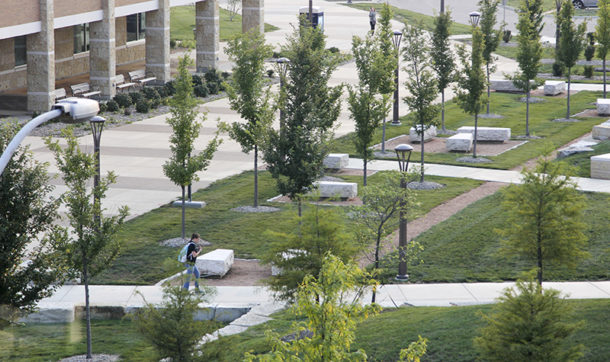 Can Kayak And Canoe Launches Share Space With Ships?

During the design of the Harbor View Plaza in downtown Milwaukee, Wisconsin, the team had to get creative with the kayak and canoe launch. Since the area was in a working harbor, the site needed to be able to accommodate the docking of up to a 1,000-foot-long ship. This meant the kayak/canoe launch needed to be removable in case a big ship came in. So, instead of a permanent cantilever platform for the dock to hook to, this one is removable. (Not easily removable, but removable nonetheless.) 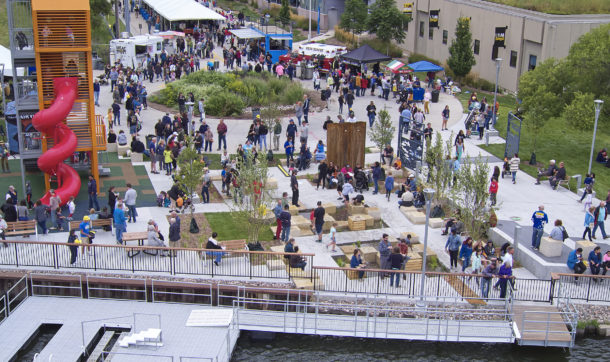 How Can You See What’s Inside a Building?

Structural engineers frequently use embedded rebar in concrete and/or steel for new structures, but what happens when you don’t have the plans for existing structures and don’t know what’s embedded in the concrete or can’t see a steel beam in a building? Ground-penetrating radar can be used in structures to figure out what size and how many reinforcing steel bars are embedded in concrete. 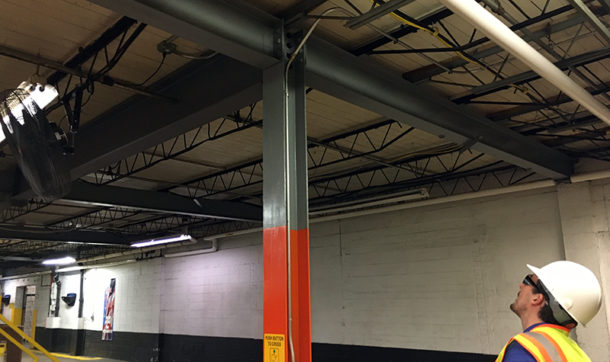 Clients also call in structural engineers when they want to make modifications to old buildings but aren’t sure how the building is holding itself up. Looking behind a plaster ceiling, peering into holes cut through the walls, checking out an opening in the ductwork, and employing other detective-like techniques all help determine which walls are critical and which aren’t – and tell them what can be modified without affecting the structure’s integrity.