How to Make Curves Safer: High Friction Surface Treatment One of Many Options 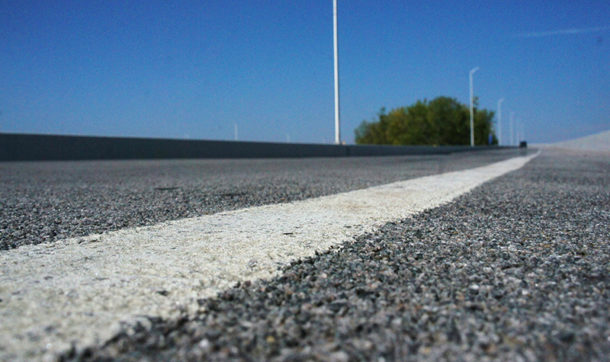 The I-43/I-41 HFST shows up as a texturized surface that improves grip on this curved fly-over ramp. 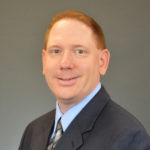 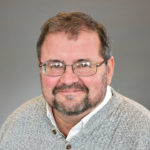 Traveling down a straight stretch of highway generally is not a high-risk endeavor. Throw in a curve and some rain or snow, though, and your chances of things going sideways increase dramatically.

Road and bridge designers have a long list of ways they can increase motorists’ ability to negotiate a curve safely, ranging from signage to lateral slope to redesigning a curve to make it more gradual. A relatively new tool that is considerably less expensive than redesigning the geometry of a curve is high friction surface treatments (HFST).

HFST involves using epoxy or another polymer resin binder to stick a thin layer (usually less than a quarter-inch) of specially engineered, durable, high friction aggregates (typically calcined bauxite) on top of existing pavement. This provides long-lasting skid resistance on pavement that otherwise is susceptible to wear and polishing that make the road more slippery, especially when wet or coated with ice or snow. Think of it as driving on sandpaper. 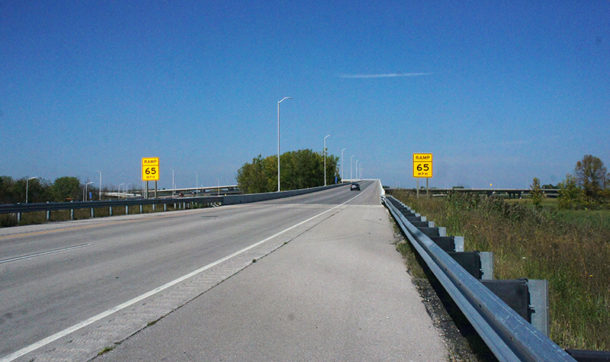 The calcined bauxite HFST shows up as a darker stretch of pavement at the start of this ramp for northbound I-43 traffic heading for southbound I-41 in Green Bay, Wisconsin.

The treatment is suitable for curves (especially curved bridges, which ice up faster than surrounding stretches of roadway) and steep grades and has been installed in at least 17 states. California, Georgia, Kentucky, and Pennsylvania each reported having 100 or more installations of HFST, according to a report published by the Minnesota DOT, which is studying the safety option. Other states with HFST installations are Alaska, Illinois, Indiana, Iowa, Michigan, New Jersey, New York, Ohio, South Carolina, South Dakota, Tennessee, Texas, and Wisconsin.

Kentucky’s HFST efforts have delivered total crash reductions of 78%, with wet-weather-related crash reductions of 85%, according to the Wisconsin DOT. In Wisconsin, installing HFST on the two-lane west-to-north ramp on the busy Marquette Interchange in Milwaukee took the crash rate from an average of 79 per year during the three previous years to a staggering two crashes in the first year after HFST application, according to Crossroads, a publication of the Wisconsin Transportation Information Center.

Typical HFST costs have ranged from $25 to $35 per square yard, according to this Federal Highway Administration FAQ. This comes in significantly lower than a complete redesign of the geometry of a curve to make it more gradual. Snow plowing operations have not been shown to damage the treatments, according to several articles, including a USA Today report regarding the Wisconsin I-41 HFST treatment.

While not involved directly in the HFST aspects of the projects, Ayres Associates projects in Brown County, Wisconsin, that have gotten HFST treatments or are being treated currently include three structures on the I-41/I-43 Interchange, bridges on I-41 over Duck Creek, and bridges on the I-41/STH 29 Interchange. Most of these are curved structures. 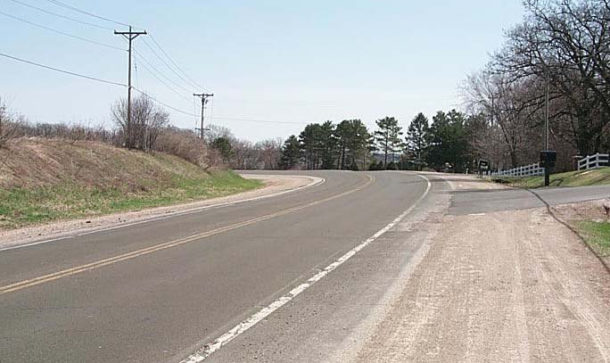 This curve on CTH M near Madison, Wisconsin, had 10% superelevation (banking) in this 2001 photo. 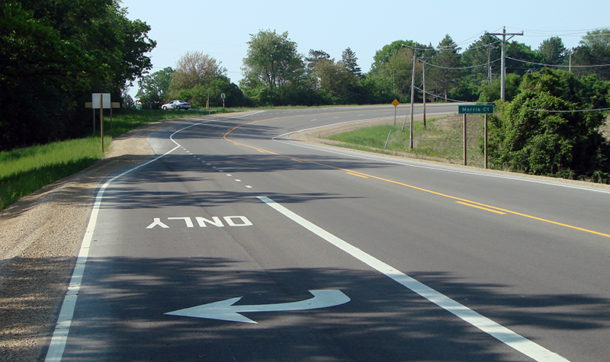 This 2007 photo shows the same curve from a different perspective after it had been reconstructed to a 6% superelevation. The change in banking is difficult for the naked eye to pick up. This photo also shows an intersection in the curve, but the curve is not long enough to cause significant problems with drivers improperly judging the distance of approaching mainline traffic.

In addition to this promising technology, roadway designers have a long list of features they can design into – or out of – a curve to make it safer. Listed roughly in order from least expensive to most expensive, they are: 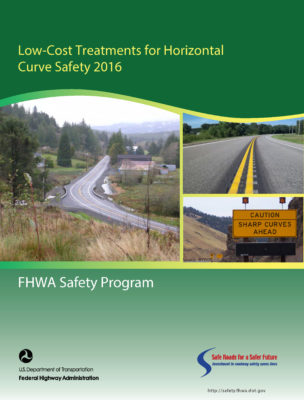 The Federal Highway Administration’s 2016 Low-Cost Treatments for Horizontal Curve Safety report covers many of these factors and more.

Phillip Verville III, PE, works as a project manager and roadway engineer to complete transportation design and construction projects. He has experience in highway and municipal projects, including highway, bridge, and storm sewer facilities. His responsibilities include state and county highway design, urban street design, and construction observation. William Roth, PE, has been involved in the design and construction of various street, highway, and bridge projects for Ayres Associates since 1988. His responsibilities include design and plan development of major roadways, bridge replacements, and reconstruction projects.