What Happens When a Bridge on a Dead-End Road Needs Repair? 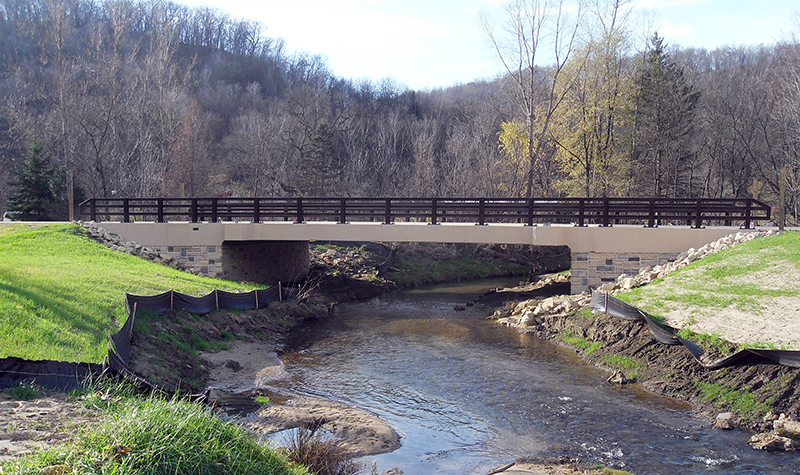 When a bridge on a dead-end road needs repair or replacement, it creates a special set of challenges for the people who live on the other side or who need to reach the other side. A short detour is simply not an option, so we turn to other ideas when a detour is off the table. 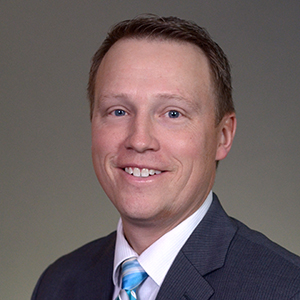 Dan Sydow is manager of Ayres’ structural engineering group in the Eau Claire, WI, office. He has designed hundreds of bridge replacements and rehabilitations on projects large and small. He has worked on structures in Wisconsin and nine other states.

Often these bridges have deteriorated to the point that they have restrictive load postings that are problematic for heavier vehicles such as school buses, garbage trucks, ambulances, and fire trucks. The bridge plays a vital role in the ability of people to live safely along a dead-end road.

How is access maintained during construction on a dead-end road project?

A temporary bypass in Buffalo County, Wisconsin, maintained traffic while the new bridge was built..

Construction staging
Another common construction technique to avoid a detour is building the bridge in stages, which typically involves working on the bridge one side at a time. Traffic gets shifted to one side of the bridge during work on the other side in the first stage. The process is reversed during the second stage, keeping the bridge open throughout construction. This sometimes involves reducing traffic to a single lane, using stop signs or traffic signals to alternate which direction of traffic flows on the single lane.

Staging was used in the City of Menasha, Wisconsin, on its 3rd Street bridge, which is the only access point for approximately 50 property owners. Three separate construction stages were required to maintain traffic during construction, and the project involved temporary shoring of the embankment during excavation.

New alignment
It sometimes makes sense to build a new bridge at a nearby crossing location, often right next to the old bridge. That allows traffic to remain on the existing roadway during the installation of the new bridge. In this situation, the existing bridge is used throughout the construction period and then torn down after the new bridge opens.

A shifted alignment was used in Crawford County, Wisconsin where the road and bridge serve only one property owner – the Sugar Creek Bible Camp – and access to the camp year-round was a main priority. The roadway alignment was smoothed out, and the bridge location was shifted approximately 50 feet south to allow for better traffic flow and for the existing roadway to remain open during construction. The bridge was constructed on schedule just before the camp’s 50th anniversary celebration.

How do you decide whether to use a temporary bypass, construction staging, or a new alignment?

Several factors for the temporary structure must be considered, including the cost to build and remove the temporary bridge, who needs to use it (e.g., farmers driving large equipment), and how its placement will affect any waterways or wetlands.

When considering staging a project to allow for traffic, we consider the condition of the existing bridge, how wide the original bridge is, who needs to use it, how the bridge is supported, and how the additional cost to build the bridge one-half at a time compares to other options.

A new alignment may be a good option if it is located on a curve where shifting the bridge can not only allow for traffic on the existing bridge during construction but can also improve the safety of the road.

What is typically the quickest way to get a dead-end road project finished? The least expensive?

Every project has its own set of considerations, so the answer to this question is everyone’s favorite … it depends. Speed of construction and cost go hand in hand while trying to minimize “throw-away” costs. While bridges on dead-end roads may not be crossed by many vehicles, their repair or replacement is vital to people living beyond them, and their designs can be some of the most challenging.

For questions about any kind of roads or bridges, contact our transportation and structure leads.