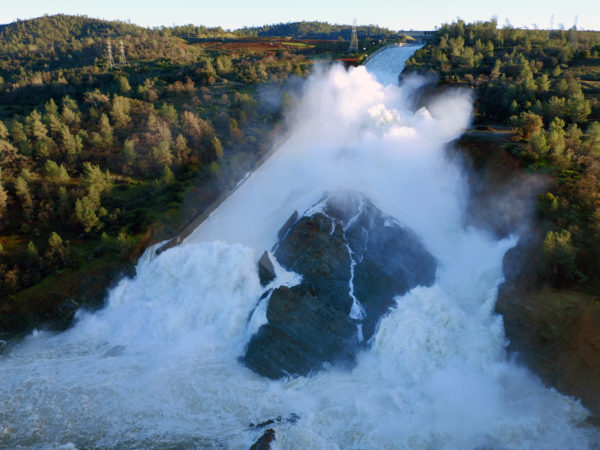 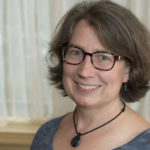 The drought emergency is over for most of California, thanks to winter rains and a plentiful snowpack. But heavy rain created another emergency when more than 200,000 people were evacuated from the area surrounding the Oroville Dam, the tallest dam in the United States.

A massive storm flooded the reservoir at the dam on February 7, and the overflow created a sinkhole in the middle of the reservoir’s concrete spillway, which is intended to handle overflow when Lake Oroville is at capacity. On February 13, dam operators sought to limit the damage by diverting some floodwaters down the dam’s emergency earthen spillway – which also began eroding. 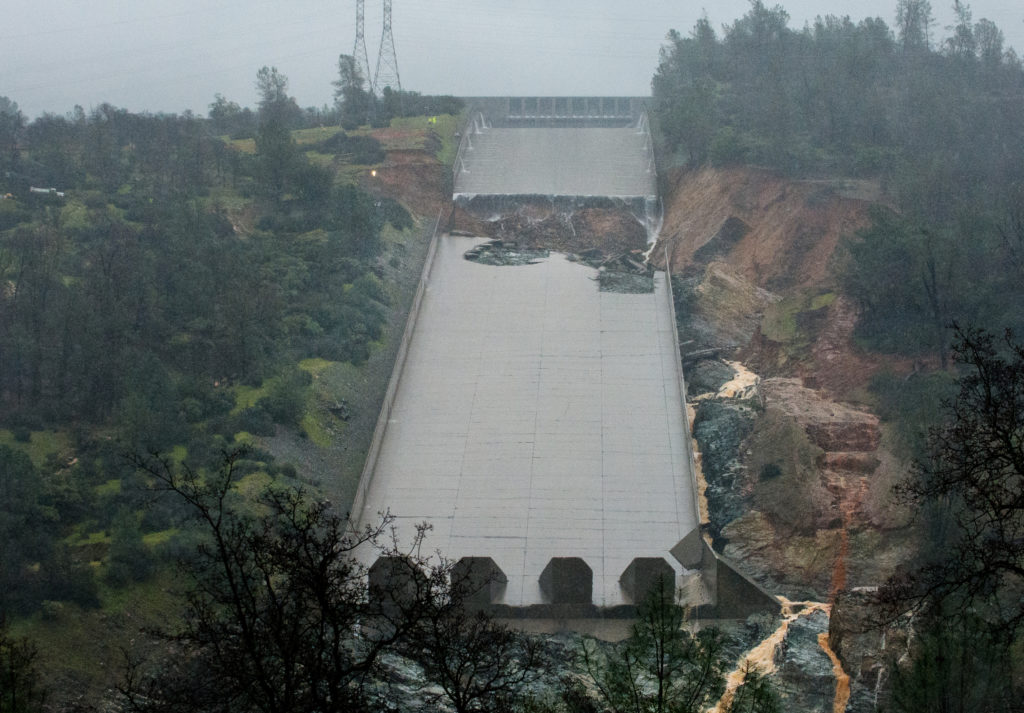 Fortunately workers were able to complete a temporary patch on the main spillway, stabilizing it enough so it could handle small, controlled releases. Experts now say better design, better construction, and better maintenance could have prevented this near-disaster.

The Oroville Dam is one of approximately 15,500 high-hazard dams in the United States. A failure at a high-hazard dam could cause loss of life and significant economic losses. According to the American Society of Civil Engineers’ 2017 Infrastructure Report Card, the average age of U.S. dams is 56 years, and many aging dams are not expected to safely withstand large floods and earthquakes. ASCE, which assigned the nation’s dam infrastructure a “D” in its latest report card, estimates $45 billion in investment is needed to rehabilitate deficient dams. 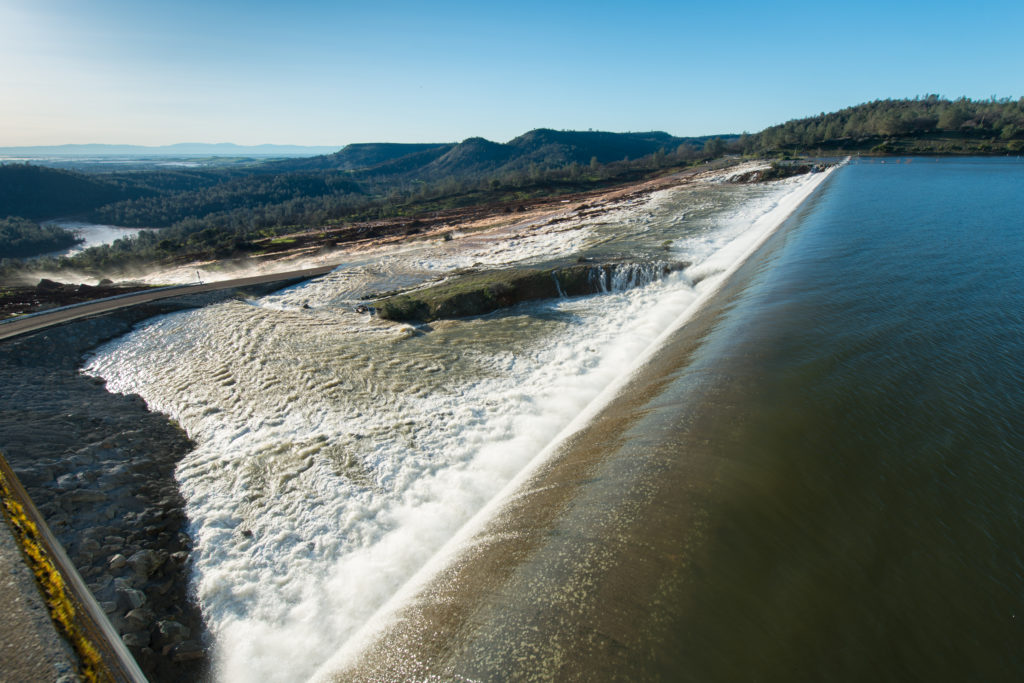 Water flows over the auxiliary spillway at Oroville Dam on February 11, 2017, after the lake level exceeded 901 feet elevation above sea level. Photo by California Department of Water Resources.

One of the critical lessons from the Oroville experience is the importance of humility. It is a safe bet that everyone involved in designing, operating, and regulating the dam considered it “too big to fail” – but the unimagined happened. The flood triggering the Oroville damage was easily within the reported design values for the spillways, and state and federal regulations required regular inspections and monitoring of the dam. Unfortunately, large dams involve complex and continually changing interactions between dam components and the natural environment. Many failures and near-failures have occurred as a result of unrecognized weaknesses in these complex systems.

All dam owners, regardless of the hazard classification or design criteria for their structure, are wise to acknowledge the possibility of a failure and respond with a well-thought-out dam safety program. Elements of a dam safety program can be grouped into three general categories: appropriate, well-informed design; vigilance in operating, monitoring, assessment, and maintenance; and having contingency plans (emergency action plans) for when everything else goes wrong.

In California, an independent Board of Consultants (BOC) has been established to help the California Department of Water Resources investigate the cause of the main spillway failure at the Oroville Dam and ascertain whether it could happen again. I have served on several BOCs and felt privileged to observe the collaboration of deeply experienced, creative, articulate experts. Contrary to some dam owners’ fears, I found the process to be neither duplicative nor obstructive. When a BOC’s expertise comes along with a fresh perspective on the project and a willingness to ask awkward questions, everyone gains something.

Water resources engineers at Ayres support dam owners, large and small, in every element of their dam safety program. This includes regulatory compliance at the state and federal level. Dam safety requirements vary from state to state and between federal agencies that own or regulate dams. Still the philosophy is the same – to protect people and property and to keep dams functioning safely and efficiently.

Are you interested in seeing how many high-hazard dams and other infrastructure needs are in your state? Click here for an interactive map from the ASCE Infrastructure Report Card.

Ellen Faulkner, PE, is a water resources engineer at Ayres Associates. She has performed studies at hydro projects nationwide; developed and performed technical analyses in support of hydropower license applications, including instream flow studies and analyses of alternative hydropower operation rules; and developed and presented training seminars in watershed and dam break modeling for the Association of State Dam Safety Officials. Her publications include “You Are Smarter Than Your Model. Really.” which discusses models used for dam safety studies.