The Long and Short of It: Lifespans of Paved Roadways 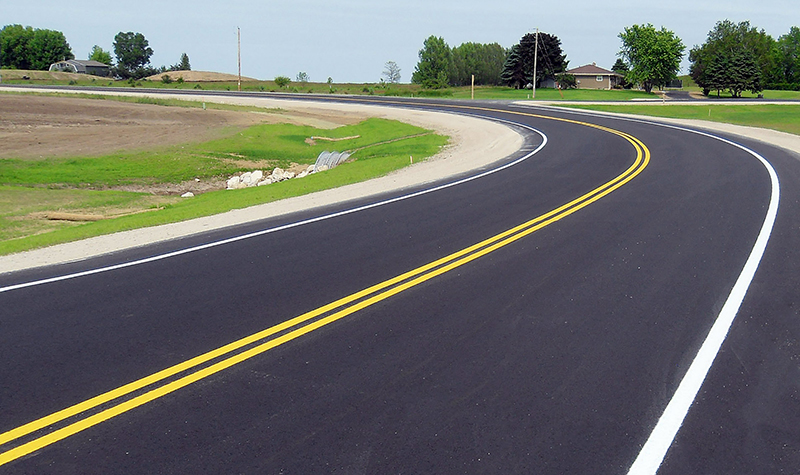 Across the country, one-third of our highways and major streets are in poor condition, according to TRIP, a nonprofit transportation research group. 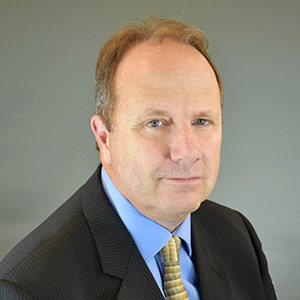 Matthew Barr, PE, has been the design engineer and project manager for various highway and bridge projects since he joined Ayres in 1989. He is responsible for project engineering of major roadway and bridge replacement reconstruction projects, including staff management, subconsultant and agency coordination, concept development, engineering design, public involvement, report writing, and plan preparation.

Maneuvering skillfully around the craters, we’re left to wonder why certain roads seem more susceptible to damage than others. We ask, how long can a road ultimately be expected to last? The answer is drawn from several complex variables, first among them: initial construction materials. According to the WisDOT Facilities Development Manual, concrete roads offer an expected service life of roughly 25 years. Asphalt roads are likely to last approximately 18 years. Actual outcomes, however, depend on more than performance characteristics of concrete vs. asphalt. When estimating road life, we need to consider additional factors. 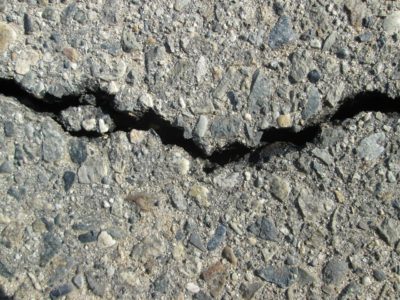 Areas that experience freeze/thaw cycles are subject to shortened road life expectancy, particularly where drainage is poor. Water seeps into tiny fissures, expands when it freezes beneath the pavement, and forces the roadway to swell and bend, resulting in a bumpier ride. When the ice thaws, the remaining gaps below the surface leave unsupported, weak pavement susceptible to formation of potholes. Rock salt, which is corrosive to concrete, may also accelerate these damaging freeze/thaw cycles.

On hot summer days asphalt and concrete both absorb heat, but these materials expand differently. Concrete is designed to concentrate expansion movement at specific points, while asphalt expands across the entire surface. Saw cuts are made into concrete pavement, which is intended to predetermine where this cracking will occur; 15 feet is a typical distance between joints. As upper and lower road layers react to the heat at varying rates, and in differing means due to composition, surface cracking and buckling results. 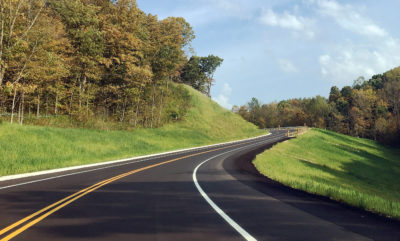 Poor drainage encourages erosion, causes safety issues, and reduces pavement life. Highways are typically designed with a “crown,” or outward slope of a quarter-inch per foot, to drain rainwater off the road to increase both safety and longevity. Grooves or “tines” cut into concrete and sloped ditches alongside the road also direct water away and prevent damage. For some pavement structures, engineers design pipe underdrain systems to lead water away from the pavement structure and out to drainage ditches.

Silty or clayish soil base makes destructive frost heaving more likely. This soil type significantly retains moisture, and in areas that experience freeze/thaw cycles, it tends to shift and expand beneath the roadbed, which results in deterioration and shortened lifespan. Poor substrate may also necessitate thicker pavement, which increases project cost. 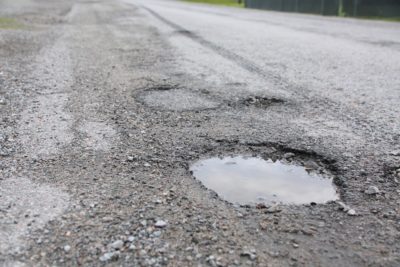 On the contrary, sandy, well-drained soil beneath the road can lend years to its life, potentially justifying the expense of excavating and replacing a clay substrate with more suitable fill material.

Traffic-induced fatigue takes a toll on both concrete and asphalt, producing ruts and “surface generated” cracks. Heavy trucks, even those loaded within legal weight limits, are very damaging to roads and interstates. According to the U.S. General Accounting Office (GAO), a single 18-wheeler inflicts road damage equivalent to that caused by 9,600 cars. The GAO also states that at least 22 percent of all loaded tractor-trailers exceed stated weight limits, and the percentage is even higher for other types of large trucks. The cumulative damage eventually results in pavement cracking and the need for substantial rehabilitation or potentially total replacement.

Effective road maintenance addresses damage earlier rather than later; options can include filling minor cracks, sealcoating, and overlaying before the road requires more extensive work to correct issues. Preventive maintenance may be time based, usage based, or performance based – the latter being preferred by many state departments of transportation and the federal government in recent years. To balance cost effectiveness with the long-term health of highways, recent emphasis has been placed on addressing safety issues, preserving existing infrastructure, and implementing change based on actual road performance. This approach maximizes service life and safety benefits for each dollar.

Two stretches of STH 17 in and around Rhinelander, Wisconsin, require full pavement replacement. Ayres prepared multiple pavement designs for these segments, both of which include urban and rural sections with different traffic volumes and soil conditions. By factoring the above considerations into a smart, cost-effective solution, the roadways will serve the traveling public for years to come.

Questions about roadway design? Contact any of our transportation leads.