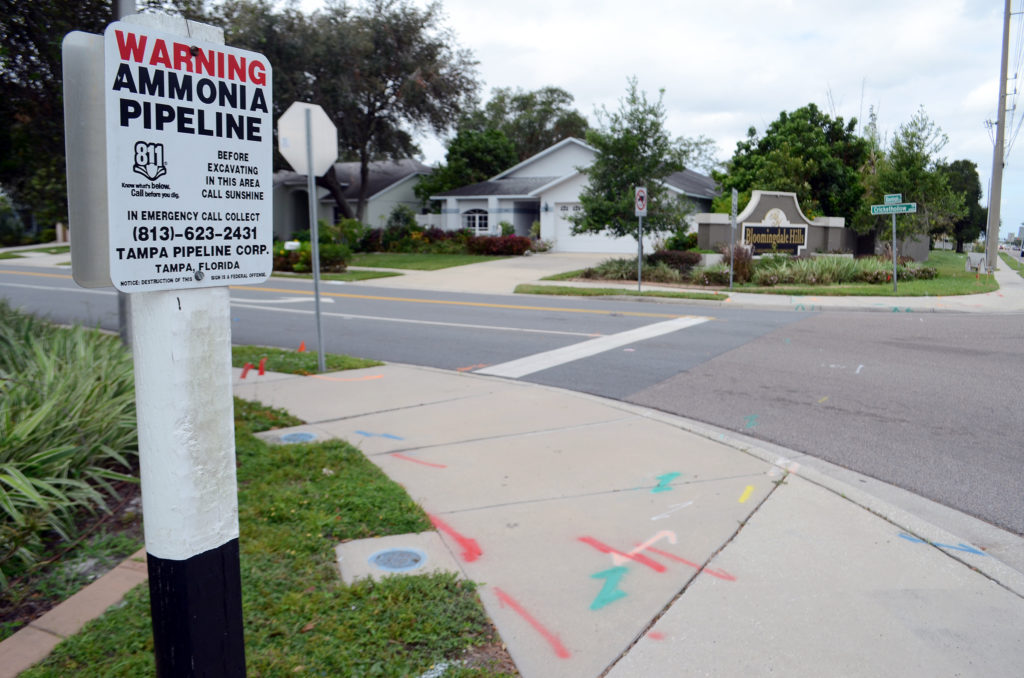 What is Subsurface Utility Engineering (SUE)?

SUE experts enjoy the challenge of piecing together a precise map of underground infrastructure at a project site. Pinpointing utility locations requires much more effort in some cases than others, and clients generally get the accuracy they pay for.

That was the case in July for a SUE project on busy Bloomingdale Avenue in Riverview, Florida. Ayres Associates was hired to locate an ammonia pipeline, a gas line, and other underground pipes when previous attempts were not at the accuracy level the client desired. The client required the exact location of the utilities be determined so that conflicts with a proposed force main designed as part of a development project could be avoided.

The firm that owned the pipeline coul 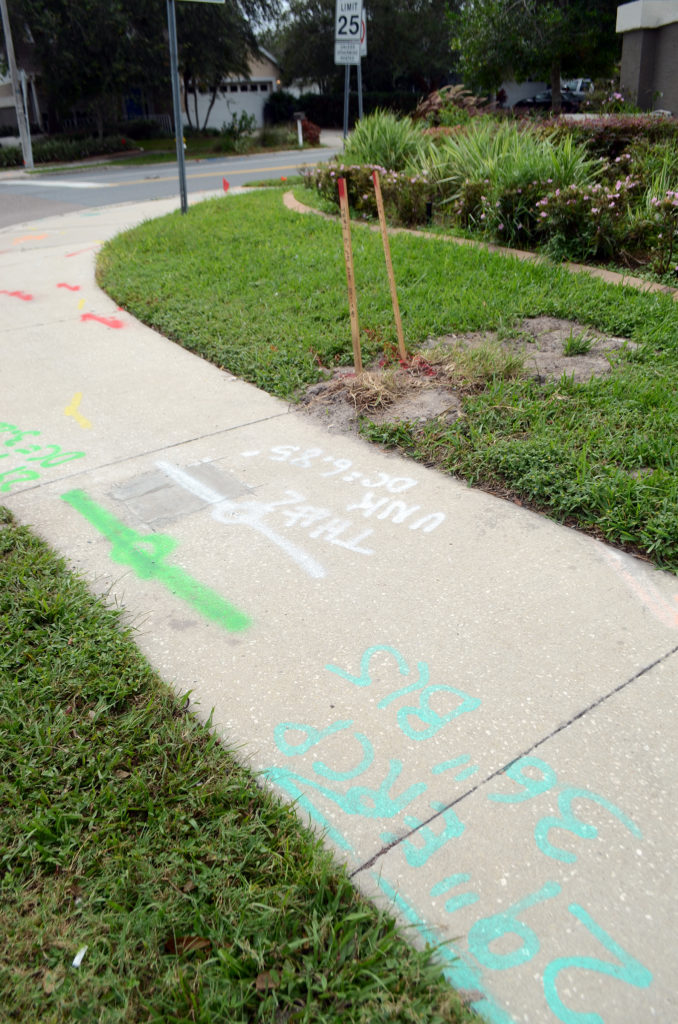 d not verify the location of its anhydrous ammonia pipeline, which was thought to be under a sidewalk along Bloomingdale Avenue. (Anhydrous ammonia is used in fertilizer production.) The site developer had used Florida’s Sunshine 811 System, a free service that notifies the utilities of pending construction, such that they may mark their utilities for damage prevention. Generally, these marks are required to be within 24 inches of the centerline of the pipe, however these locates are often just the approximate locations of underground utility lines. Since an 811 utility locate is not physically unearthed, the accuracy is not always dependable.

The Danger of Not Knowing

Why was it important to identify this steel ammonia pipeline? These Nov. 13, 2007 and Nov. 14, 2007 articles exemplify the extreme dangers of disturbing an ammonia pipeline, as happened when a teen drilled through one 10 years ago not far from this project site and caused quite a mess. 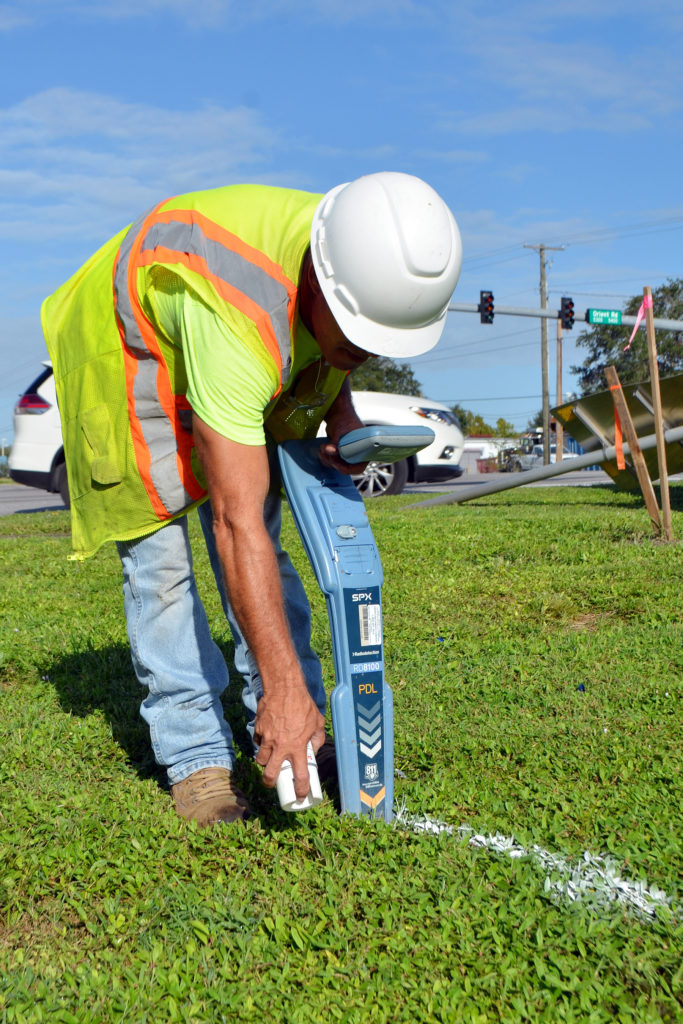 The developer of the project along Bloomingdale Avenue brought in Ayres’ SUE team to use their high-level utility locating equipment and expertise. Bloomingdale Avenue is a busy four-lane road, requiring complex lane closures and approvals from Hillsborough County and night work. In comparison, 811 locators often do not have the time or the means to close lanes and determine precise locations.

The Ayres team spent several hours investigating utilities in the area while using lane closures and traffic control. The 811 marks showed the ammonia line to be in the middle of a sidewalk at the proposed force main bore location. A pipeline representative on site told Ayres staff that the estimated depth was about 6 feet. The Ayres team began investigating using an RD8100 ® Cable and Pipe Locator. After mid- and high-range frequencies failed to give a clear signal for the ammonia pipeline, Ayres used our vacuum excavation truck to excavate two test holes. We were unsuccessful in finding the pipeline where the 811 marks depicted. Ayres staff then tried lower frequencies on the RD unit. The signal and current, measured in milliamps, helps determine if you are on your target – and in this case the reading was off the charts. They found the ammonia pipeline about 6 feet south of the sidewalk and 13 feet deep. 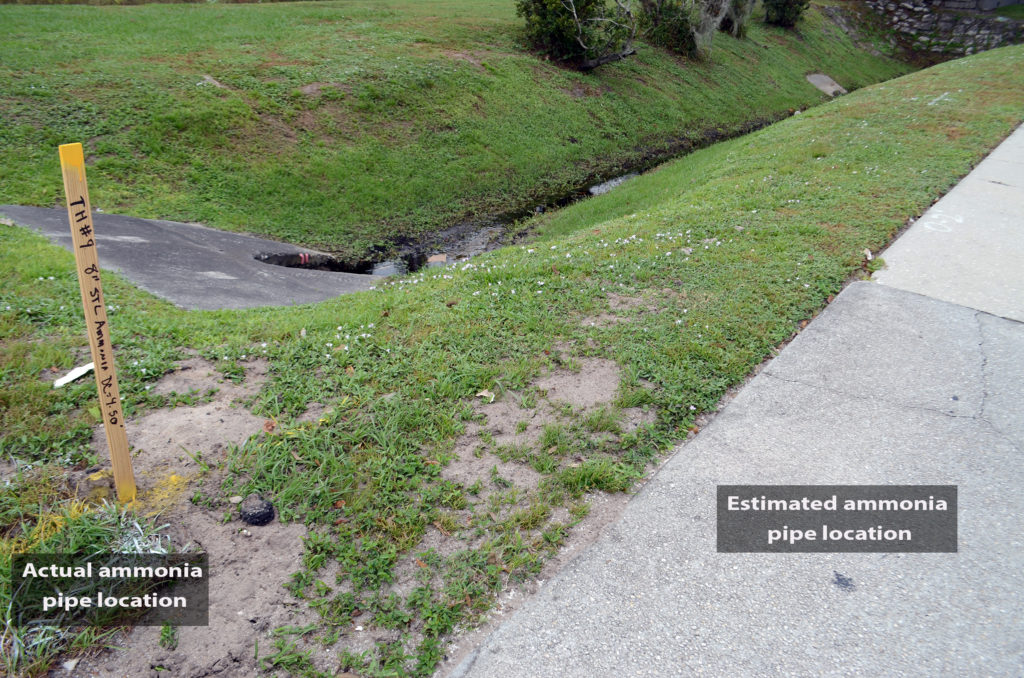 SUE staff are taught to always begin using electronic locators with low frequencies and work to higher frequencies. This controls the signal from bleeding over to other utilities and increases accuracy. This practice is often forgotten because most utilities can be found using the middle and high frequencies.

In this case, going back to the basics paid off for this client, who now has precise data to finalize design plans and knows with certainty the location of all conflicting underground utilities – especially the ammonia pipe.