A Crash Course for Load Ratings and Bridge Posting Signs 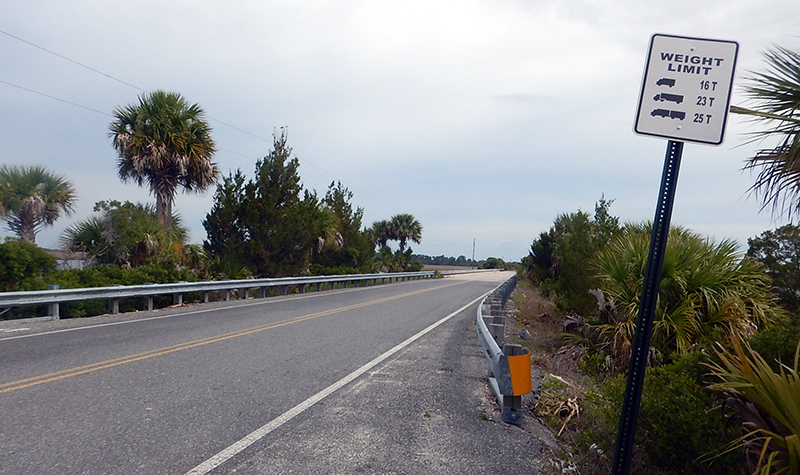 Have You Ever Wondered What Those Weight Signs Posted at the Ends of a Bridge Mean?

These weight posting signs display the maximum safe weight for a vehicle. Since there are a number of different vehicle sizes and shapes on the roads today, different types of vehicles called “Legal Loads” are individually analyzed. Each legal load type has a specified number of axles, axle spacing, and maximum weight per axle. This is shown on the sign in the photo above with three different vehicles. The three types of legal loads with real world examples are provided in the table below.

The sign in the photo means the maximum weight for an SU = 16 tons, C = 23 tons, and ST-5 = 25 tons. There are no vehicle restrictions for common passenger cars and trucks, only for the legal load types shown.

Who Comes Up with These Numbers, and How Do They Do It?

A structural engineer is responsible for reviewing the bridge’s condition based on the inspection report and determining if the existing load rating is still applicable. A bridge inspection is performed a maximum of every 24 months. The bridge may also be re-analyzed during the design phase of rehabilitation work. If the condition has substantially changed, the engineer needs to re-analyze the bridge with the latest design code and manuals. 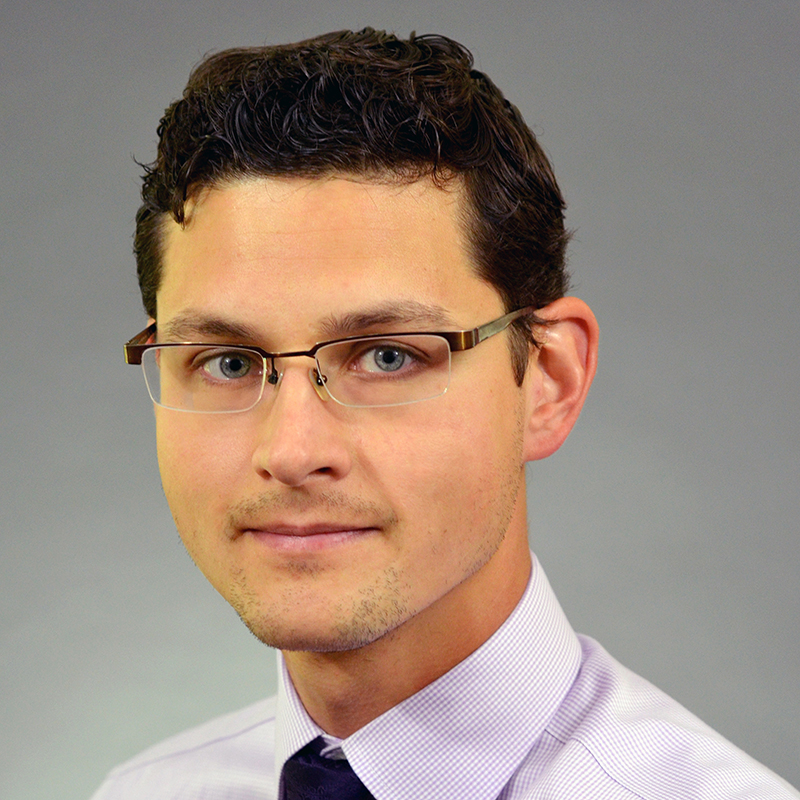 David Johnson, PE, has 11 years of experience in structural engineering. His experience includes the design, analysis, and inspection of bridges, retaining walls, and culverts. He also has inspected bridges, ancillary structures, pile driving and abutment construction, parking structures, and municipal and industrial buildings.

The framework for analyzing a bridge for a load rating is provided by AASHTO Manual for Bridge Evaluation (MBE) and can be supplemented by a state specific DOT Load Rating Manual. Traditionally only the superstructure of the bridge (i.e., the portion of the bridge supporting the bridge deck and connecting one substructure element to another) is load rated. The deck and substructure may be load rated as the structural engineer determines is needed.

Which Bridges Need Load Ratings, and When Are They Updated?

All bridges need load ratings, even those that carry only pedestrians. However, only bridges that are 20 feet or more in total span length are mandated by the FHWA to be inspected and load rated. According to the FHWA NBIS, ratings should be done when there are changes in structural condition from maintenance or improvements, strength of members, or dead load. Dead load can be added through deck overlay, new railings, or utility pipes attached to the bridge. The load rating is also required to be updated if the bridge undergoes major rehabilitation work (i.e., widening the bridge).

What Are Some Load Ratings Ayres Has Recently Completed?

A load rating is performed as a requirement for any major bridge rehabilitation and/or new bridge design projects. The Bong Memorial Bridge over St. Louis Bay that connects Duluth, Minn., and Superior, Wis., required miscellaneous bridge rehabilitation work and a concrete deck overlay that required a load rating to be performed. We designed the original bridge in the 1980s, and the rehab project won a 2017 Engineering Excellence State Finalist Award from the American Council of Engineering Companies of Wisconsin. 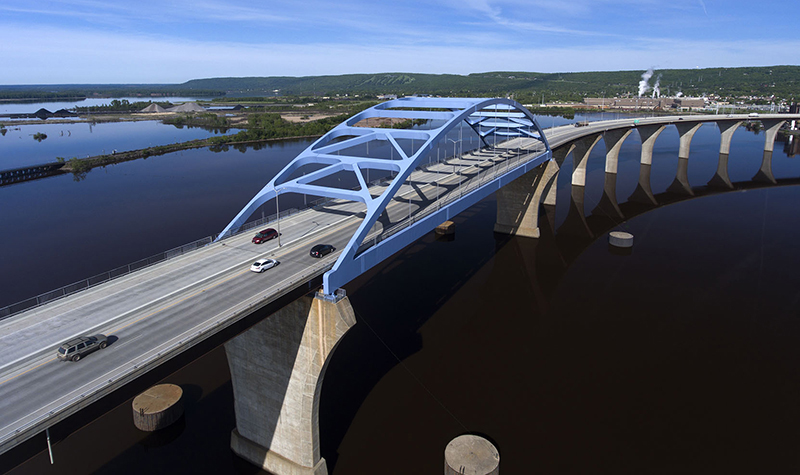 We also perform load ratings under local bridge inspection contracts. We have been inspecting local bridges for the Florida Department of Transportation (FDOT) District 5 since 2015 and performing load ratings when deemed necessary. Two single-span steel pony truss bridges located in the Sumter Landing Community Development, aka “The Villages,” in Florida were load rated in 2017. A truss bridge is a series of individual elements subject to tension and/or compression forces. The elements are typically arranged in a triangular pattern. The main advantages of a truss are to minimize the amount of materials required and to minimize the superstructure depth. 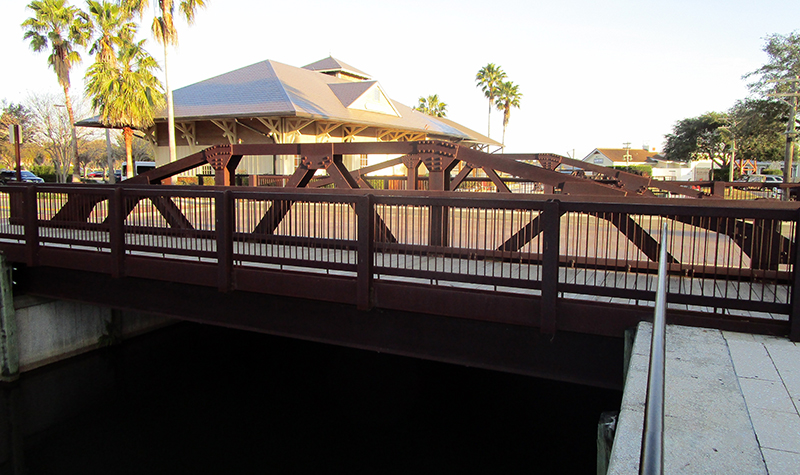 We have inspected local bridges for FDOT District 2 since 2016. For the past two years, we’ve helped FDOT District 2 update more than 100 load ratings and have a contract in place to continue performing load ratings for at least one more year. The 672-foot-long Dave Rawls Flyover Bridge located in Jacksonville Port Authority (JaxPort), Florida, was also load rated in 2017. The six main spans’ superstructure consists of a reinforced concrete deck which is supported by four continuous, curved steel plate girders. 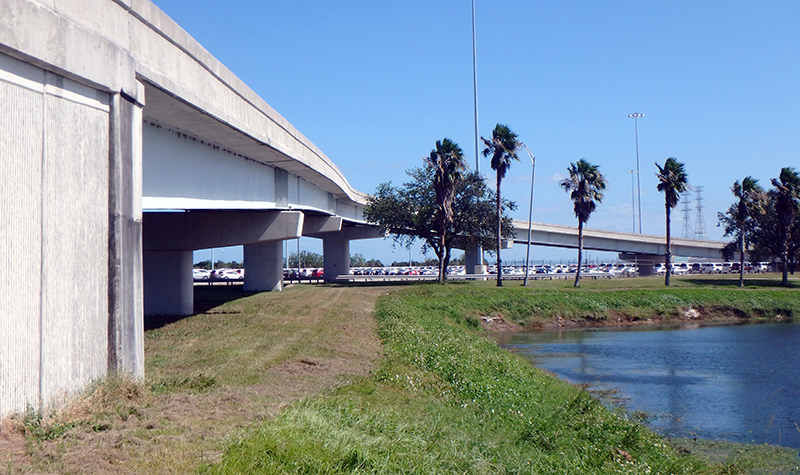 How Do These Weight Posting Signs Affect Me?

It is the responsibility of the driver to be aware of their vehicle’s weight and determine if they are allowed to pass over the bridge. The lowest a bridge can be posted is 3 tons or 6,000 pounds; therefore passenger cars are allowed to pass with no restrictions. If you have a larger truck or are hauling heavy loads, pay extra attention to these posting signs. You may pass a bridge posting sign every day without realizing it!

For more information contact one of our structural design + inspection experts.