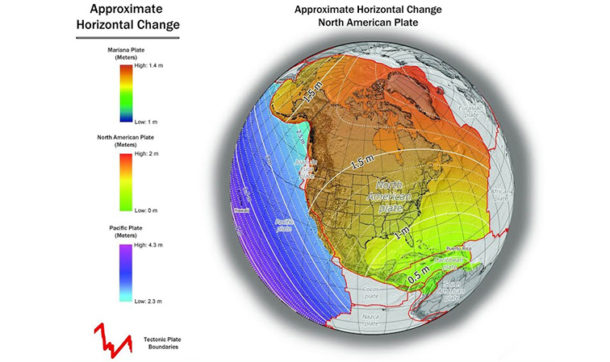 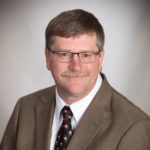 By Dick Kleinmann, PLS
The National Geodetic Survey (NGS) soon will be replacing the North American Datum (NAD) of 1983 and the North American Vertical Datum (NAVD) of 1988 to improve the National Spatial Reference System (NSRS) – the system that defines latitude, longitude, height, and orientation throughout the nation. A recently formed Wisconsin Society of Land Surveyors (WSLS) task force is poised to respond. Members are taking a focused look at the new geodetic datums expected to be implemented in 2022 that will provide the framework for the nation’s positioning activities and survey marks.

The Wisconsin Spatial Reference System 2022 Task Force represents a broad coalition of geospatial professionals in Wisconsin, including federal, state, regional, county, and local governments as well as agencies, corporations, and associations involved in the production and use of spatial data. The WSRS 2022 Task Force is not only working with the Wisconsin geospatial community but is also communicating with neighboring states and the NGS during this process.

Why Are the Datums Being Replaced?

The NGS has stated that the current datums, NAD 83 and NAVD 88, have been identified as having shortcomings that are best addressed through defining new horizontal and vertical datums. The NGS is cognizant of two important but conflicting needs in the user community: accuracy and constancy. To continue improving accuracy while minimizing the impact of new reference frame shifts, the NGS has begun working to implement this transition well in advance of 2022 and is interacting with the geospatial user community to ensure that the transition will go as smoothly as possible.

How Much Will Positions Change?

Horizontal positions of points in Wisconsin expressed in the new datums will change approximately 1.3 to 1.4 meters, and ellipsoid heights will change approximately 0.9 to 1.1 meters. In addition to these “actual” differences, the new coordinate systems being developed for use with the new datums may include intentional shifts of thousands of feet to ensure that the new coordinates are not confused with values expressed in the old coordinate systems. All these changes will make it imperative that users know their data and that producers of data include metadata with every delivery to avoid confusion. The task force will help educate users and provide guidance to producers to help with the transition.

What Is the Task Force’s Primary Goal? 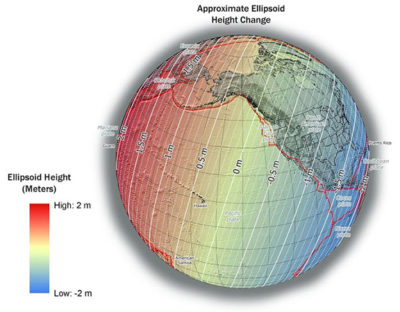 The task force is committed to making sure the geospatial community in Wisconsin understands the ramifications and costs of the proposed changes and is prepared once the new datums are implemented. Members have formed five focus groups to address the different aspects of preparedness: technical, legislative, education and outreach, software/hardware, and implementation and adoption. The hope is to make the transition as smooth as possible, improve geospatial data exchange, and offer users the knowledge they need to make wise implementation decisions and use geospatial data correctly.

The NGS recently published policies and procedures detailing how it intends to implement the new reference frames. The task force has until March 31, 2020, to respond, to make requests of NGS, and to propose any additions Wisconsin would like to implement. They’ll then have until March 31, 2021, to submit their proposed coordinate system designs, with the datum expected to be replaced in 2022.

Dick Kleinmann is a senior project professional in the aerial mapping group. He joined the group in 2017, bringing more than three decades of survey experience at the municipal and state levels. Dick plays a leadership role in serving the surveying, mapping, and asset management needs of southeastern Wisconsin counties, municipalities, utilities, and transportation agencies. He has served as president of the Society of Southeast Wisconsin Land Surveyors and currently serves as chairman of the WSLS Geospatial Committee, through which the task force was formed. He and State Cartographer Howard Veregin are co-leading that effort.