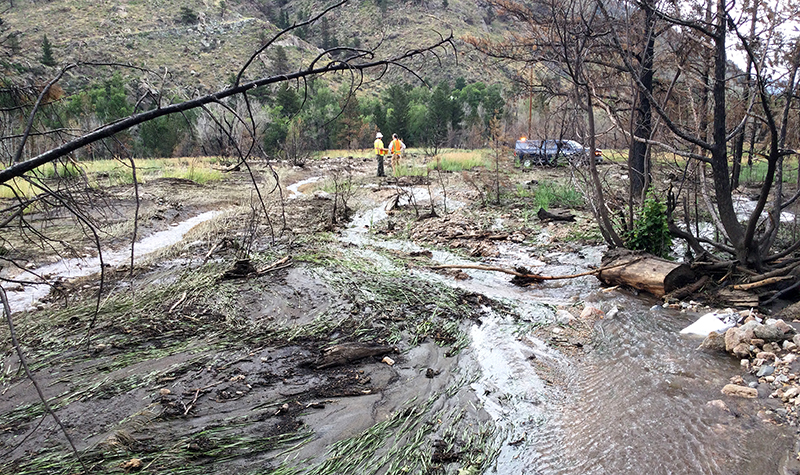 Large burning and loss of vegetation and groundcover caused by a wildfire has detrimental impacts to watersheds. With a wildfire, vegetation that usually absorbs precipitation and runoff is burned, which makes the affected area more vulnerable to flooding. Also, wildfires can “bake” the soil underground, making them temporarily impermeable, unable to soak up rain waters. In this instance, the soil behaves almost like concrete, increasing runoff as water is unable to saturate the ground. This increase in runoff and mobile sediment causes huge impacts to downstream communities. 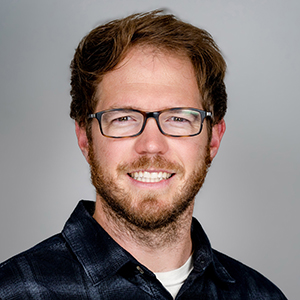 Colin Barry, PG, CFM, is a geomorphologist with more than six years of experience using geomorphic analyses that integrate hydrology, hydraulics, sediment transport, geology, and geomorphology to develop process-based understandings of fluvial system dynamics for a wide range of projects and clients.

This makes for an increased likelihood of flash floods and debris flows, at the outlets of smaller watersheds. Increased ash and sediment are detrimental to water quality resources, occupying valuable reservoir space and degrading water quality during snow melt and storm events. Helping the watersheds recover fully and quickly is the best way to limit and mitigate the long-term (>10 years) recovery of the forest.

In 2020, Colorado experienced its largest wildfire in state history. The Cameron Peak fire started August 13 west of Fort Collins in the Arapahoe and Roosevelt national forests, destroying nearly 209,000 acres before it was contained on December 2. 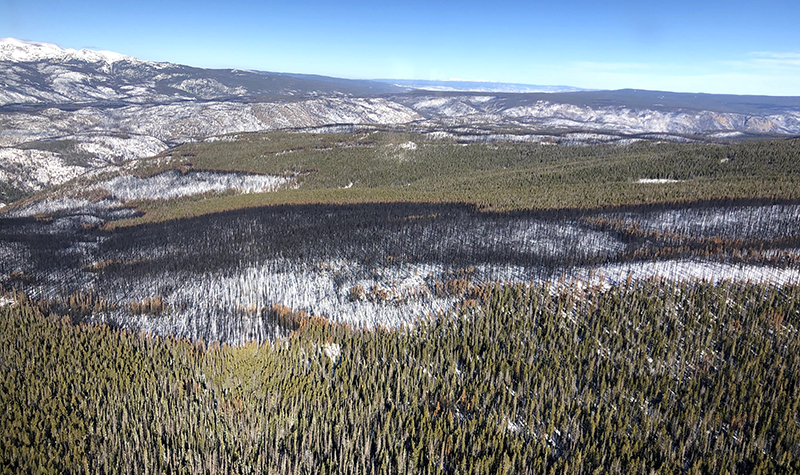 On July 20, 2021, more than an inch of rain fell into the fire burn zone, washing debris and rock into the Poudre River near Black Hollow Road, upstream from the village of Rustic. Three people died when their home was swept into the river. Bridges downstream were also damaged in the flood due to the large amount of wood that washed into the river. Engineers in our Fort Collins, Colorado, office are assisting with both long-term recovery work as well as temporary stabilization from the recent Poudre Canyon flood.

Flooding and mudslides sent a wave of debris into Poudre Canyon in northern Colorado, an area that was burned by the massive wildfire last summer. Five homes were destroyed, and another was damaged, all in the same small, tight-knit community. 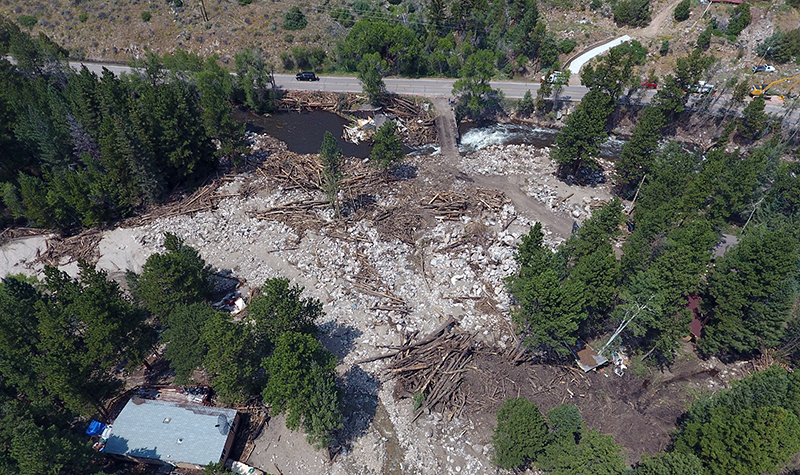 The event followed essentially a minor thunderstorm, but the soil and land conditions left by last year’s fire led to the disastrous series of events. Burn scars from Colorado’s largest wildfires have wreaked havoc across the state this summer with heavy rains washing mud and debris onto roads and highways and closed major roadways for days at a time.

To assist with the recent flash flooding, we are developing designs to use on-site wood and large rock to stabilize the alluvial fan feature at Black Hollow. An alluvial fan is a landscape feature that forms at the transition between high-energy confined canyons and flatter, more open valleys. The space reduction in the slope and confinement cause all the rock and debris that the water is carrying to be dropped, forming fan-shaped features, which are characterized by uncertain and frequently changing flow paths.

We will employ the use of large wood and rock to develop storage and channel stabilizing features to add resilience to the fan for the short-term recovery. Our team is also spearheading the effort to stabilize the Poudre River into a new alignment that allows for the safety of several historic properties without destabilizing the Black Hollow Fan.

Ayres has been conducting post-fire recovery work for Larimer County and the City of Greeley, assisting with recovery design in 12 tributary watersheds of the Poudre River. This design involves protecting private properties, roadways, water quality, and watershed health.

In anticipation of the increased peak flows and sediment yields, we are designing projects to protect private homes and roadways, crossings, and culverts. This includes implementing tried and true recovery measures such as sandbagging houses and reinforcing and stabilizing roadways and providing aerial mulching via helicopter. This work also includes methods to improve water quality, such as trapping sediment and ash so it doesn’t end up in people’s drinking water. 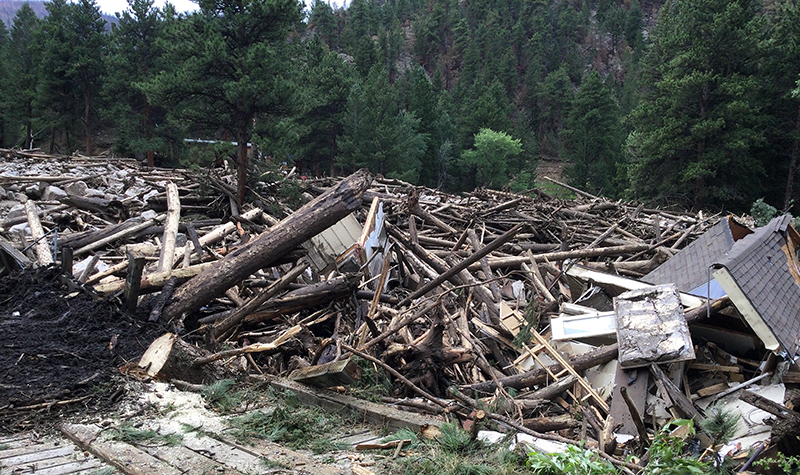 It can take up to 10 years for a watershed to hydraulically recover after a wildfire, meaning the watershed responds to a rainstorm like it normally did before the fire. The natural recovery process is gradual; native vegetation needs to grow and establish, and hill slopes need to get back to a semblance of normal. Watershed improvement needs to take a wholistic approach

As part of the recovery effort, our team is coordinating with local communities and volunteer groups to assist with sandbagging and other efforts. A portion of the current Colorado work uses an emergency watershed protection program federal grant that requires a 20% cost match from the City of Greeley. Volunteers help draw down the costs of such an effort.