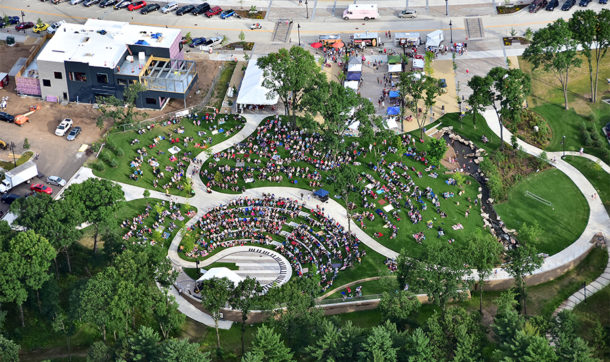 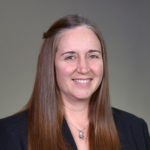 If you are an engineer or know one, you probably just nodded and maybe laughed! This is National Engineers Week (February 17-23). Started in 1951 to coincide with the birthday of George Washington – one of America’s first engineers as well as first president – it’s a time to celebrate all that engineers do for society and emphasize the importance of math, science, and technical skills.

Who Were the Original Engineers?

The verb “to engineer” is derived from the medieval Latin word “ingeniator,” which translates as “contrive, devise.” As a noun, its meaning was something along the lines of “natural capacity” or “talent.” Until the 18th century, the job really only referred to military operators who built war machines, necessary structures, and fortresses – and destroyed those belonging to the enemy when necessary. Around the mid-1700s, the term “civil engineering” was coined to refer to work that was performed by civilians for nonmilitary uses.

The first engineer we know by name was the Egyptian physician and pyramid builder Imhotep, who designed the first step pyramids around 2700 BC and was later worshipped as a god. (This does not happen to most of us! But it’s still pretty great to see projects we’ve designed on papers and screens turn into real-life, useful projects people rely on and enjoy every day.)

The Romans are perhaps the most famous civil engineers due to their vast military campaigns and settlements. Engineering was so important to the Roman army that along with his sword and spear, each Roman legionary was also issued a shovel. Their architecture, roads, and aqueducts are seen and used even today, thousands of years after being built, and their military engineering is legendary.

When Julius Caesar needed to build a bridge over the Rhine River to conquer a troublesome Germanic tribe, it was completed in 10 days by the legion’s engineers. (They didn’t have to worry about permits or right-of-way back then.) Strictly speaking, they could have just taken boats across the river, but the bridge demonstrated Rome’s ingenuity and ability to advance on any territory.

What Do Engineers Do Today? 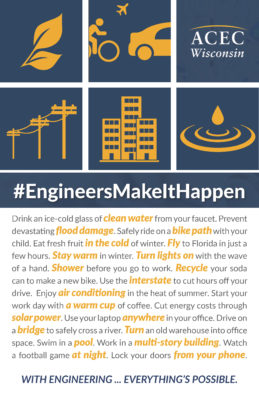 The simple answer is: Solve problems! Engineers work on just about everything we need as a society to keep us all safe and comfortable. The American Council of Engineering Companies has a great blog post about the impact of engineers. That road you drove on, that bridge you crossed, the roof over your head – you trust those structures will keep you safe, thanks to the engineering that went into their design.

Someone has to figure out what projects should look like and how they should perform to meet the intended objectives. In a building, someone must calculate how large the columns must be to hold up the ceiling, the floors above, and the roof. On a highway, someone must decide how many lanes are needed, how sharp the curves can be, how thick the pavement must be, what the pavement should be made out of, how to get the rain off the highway and where to discharge it, and so on. The focused, analytical mind in the joke at the beginning of this blog post comes in really handy when figuring out all these details.

About one in 200 people in the United States is an engineer. It’s a broad category: The chart below shows that the general term “engineer” can be broken down into a number of specialties. 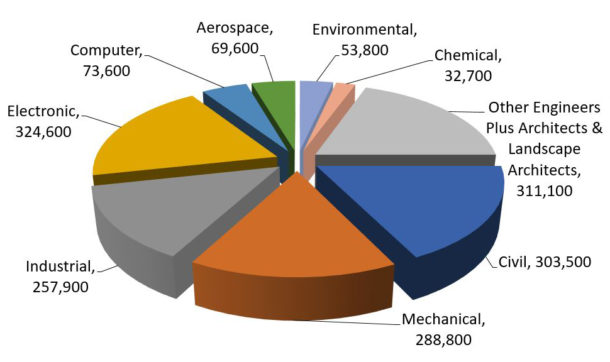 At Ayres we are so proud to be part of this incredible field that lets us create a better world for our communities and the country. We’ve been privileged to work with clients to deliver so many wonderful projects like the recent award-winners listed below. Happy Engineers Week!