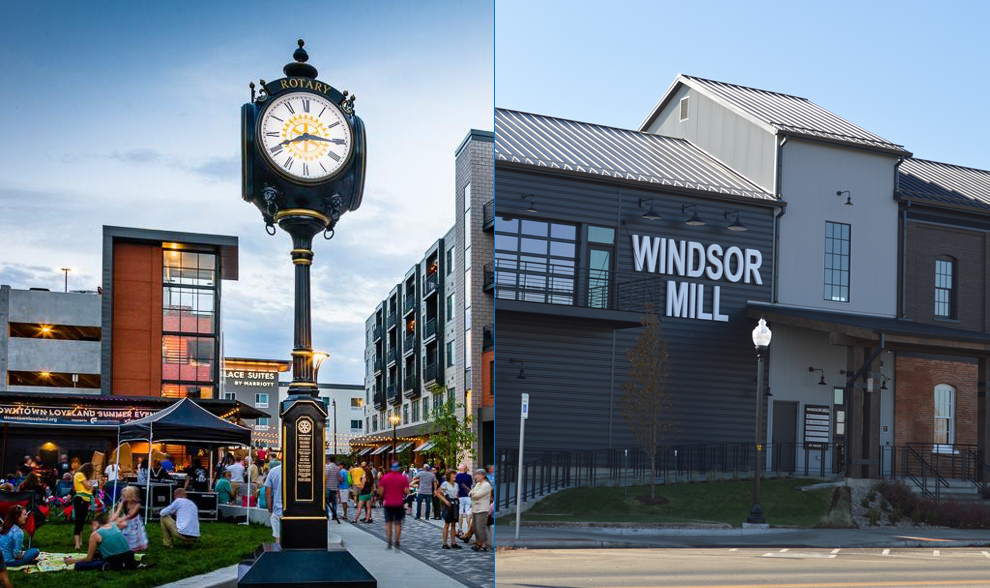 Downtown Colorado, Inc. recently awarded Governor’s Awards for Downtown Excellence to projects for which two Ayres planners provided leadership. The awards recognize outstanding projects in Windsor and Loveland that demonstrate dedication to community and creativity in the face of challenges.

Matt Ashby, AICP CUD, an urban planner with Ayres, was honored in the Best of Place category for the Windsor Mill in the Town of Windsor. Ashby, who is also executive director for the Windsor Downtown Development Authority (DDA), provides contract staffing services to the DDA, which was the lead applicant for the award. Also honored with the award were developer Blue Ocean, the Town of Windsor, and the Colorado Department of Local Affairs. Ashby played a key role in this team effort to develop the Windsor Mill, which was heavily damaged by a 2008 tornado amid a redevelopment effort and then was burned nearly to the ground by an arsonist in 2017 after developer Blue Ocean Enterprises stepped up in 2016 to restore the historic building. Blue Ocean and the DDA retooled the project into mostly a new construction effort, which opened with a restaurant and a tavern as tenants and a few weeks ago celebrated the opening of a brewery. The owners preserved as much historic character as possible, salvaging bricks for reuse and integrating some original beams into the tavern space.

“This project is an example of a community banding together to overcome adversity,” said Ashby, who credited the perseverance of the developer, the community, and project partners for seeing the project through after the devastation of the fire and ultimately adding to Windsor’s tax base. 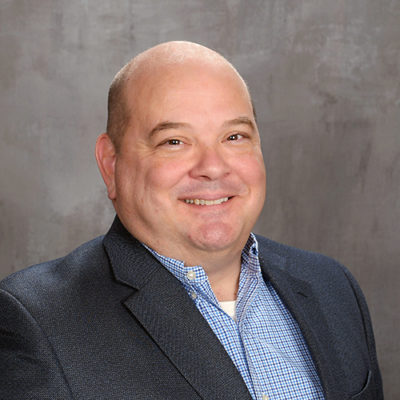 Mike Scholl, a Fort Collins-based planning and economic development professional with Ayres, was honored along with the Loveland Downtown Partnership with an award in the category of Projects with New Building for their work on The Foundry in Loveland, a project Scholl led while he was the city’s economic development manager. The Foundry has provided a foundation for the revitalization of Loveland’s historic downtown. Two city blocks have been transformed into a mixed-use development. The Foundry offers parking, luxury apartments, 14,000 square feet of commercial space, a seven-screen theater, a hotel, and a central plaza for community gatherings. Finished in 2019, the Foundry’s residential space is sold out.

Scholl’s vision for Loveland’s 4th Street downtown core included catalyst developments bookending the downtown – The Foundry and Gallery Flats, which previously won a Governor’s Award. Describing the project as “an overnight success that was 10 years in the making,” Scholl said the city acquired 16 parcels needed for the project, including land where 18 underground storage tanks had to be removed, two buildings requiring asbestos abatement, and a dry cleaning business that underwent environmental remediation before demolition.

Ashby has 19 years of diverse experience in urban planning. Splitting time between our Front Range offices, Ashby provides planning services on projects nationwide. Ashby served for seven years as the City of Cheyenne’s planning director. His enthusiasm for vibrant community development sharpens the focus of our work on downtown redevelopment. Ashby has demonstrated success in leveraging grant funding to build vision and motivate investment, as evidenced by the renaissance in downtown Windsor.