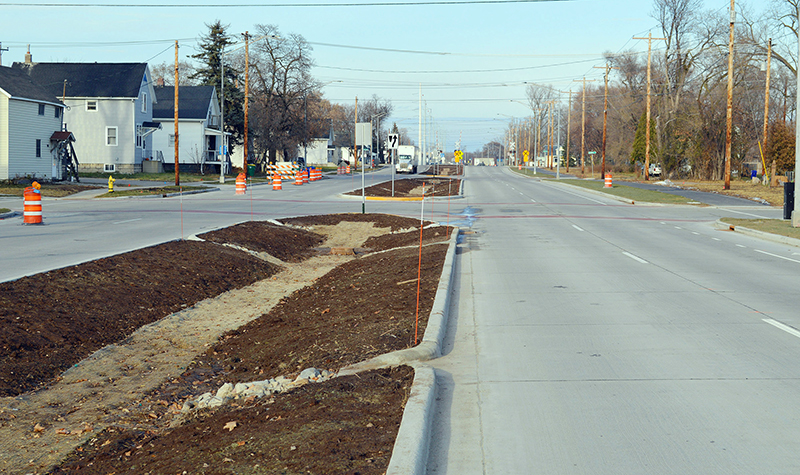 The Wisconsin Chapter of the American Public Works Association has announced the Ayres-designed North Webster Avenue Reconstruction project in Green Bay is a 2020 Project of the Year.

The Ayres-designed project that stretches 0.84 mile from just north of the East River to Radisson Street has been a City of Green Bay planning priority since 2007. North Webster Avenue is a gateway into the central part of the City, providing direct access to the downtown business district and two trauma centers. The street moves thousands of manufacturing workers, and truck traffic makes up more than 10% of the street’s traffic.

The new street accommodates this mix of traffic as well as adding on-street bike lanes, a pedestrian sidewalk along the west side of the corridor, and a shared-use trail along the east side. The storm sewer was upgraded along this section of North Webster Avenue. In addition, the existing water main and sanitary sewer, which were reaching the end of their service lives, were rehabilitated and/or replaced to minimize service interruptions.

The Canadian National (CN) railroad crossing within the project area previously had no gates, but this safety improvement has been added as part of this design project, and a railroad switch has been moved to accommodate the shared use trail. Traffic signals were upgraded at the University Avenue intersection.

The project upgraded the four-lane undivided street to a four-lane divided roadway. To accommodate the wider corridor, 24 homes were removed along the west side of North Webster Avenue.