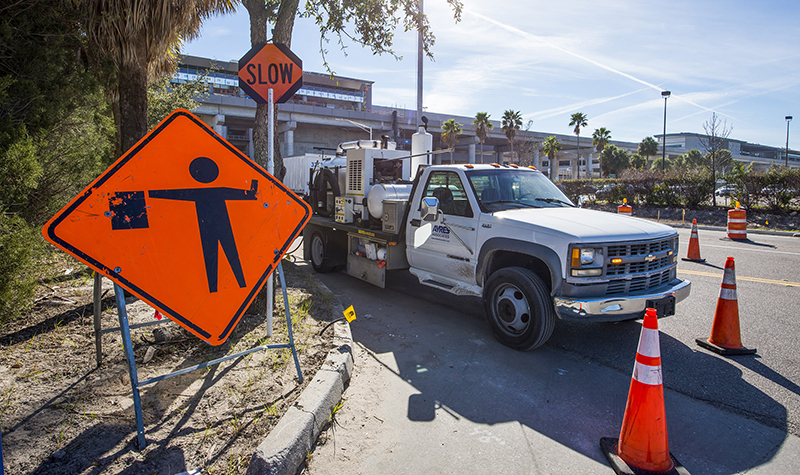 Moving a road. Road moves. No matter how it’s said, it’s hard to get excited about a road move project. It may sound simple, but those of us with road move experience know there is often nothing simple about it – especially in Florida, where road moves are complex and involve relocating or adding telephone, CATV, power lines, water, gas, sewer, drainage structures, turn lanes, and signal poles/mast arms – all without additional right-of-way.

Maintaining utility service and keeping commuter traffic moving safely are just two major factors and challenges for any road move project. The most effective way to ensure that service is not interrupted and angry customers do not appear at your office door or voice their frustration on social media is to involve an experienced telecommunications team early on, especially during the design phase of the project. 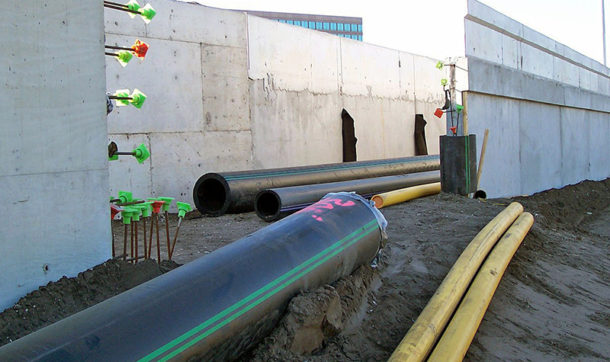 We have found that a successful road move relocation strategy consisting of the following three major components is quite effective in reducing, if not eliminating, service interruption during roadway construction; additionally, it helps state and county Departments of Transportation (DOTs) to complete their projects on time.

Finding the right location for a conflict-free telecommunications cable requires a thorough review of the state or county’s proposed roadway construction plans while factoring in the proposed relocation of the other utilities. Coordination among utilities, the DOT, and the roadway contractor is essential. Telecommunications professionals routinely perform these tasks; they can be trusted to handle the tedious job of managing road moves so the client can focus on the important revenue-generating projects.

2. Professionals Who Anticipate the Unexpected

We’ve talked about road moves, but what about bridge moves? Nothing simple about them either. Conflicts arise from temporary construction as well as permanent construction, and often subaqueous locates are required to determine conflicts. The key to designing a successful bridge move/expansion project is having telecommunication engineers with a civil engineering background involved with your project, or better yet, hiring an engineering firm that employs both types of engineers. The combined efforts and input of a telecom and civil engineer are an unbeatable combination for identifying and resolving conflicts with any bridge move/expansion project.

Road moves are a dirty business — which brings us to the increasingly important aspect of calling 811 before digging. Road move contractors are painfully aware of 811 and the required wait time before digging. However, it is equally important to emphasize the need to call 811 for any work that requires digging, including potholing with a shovel. Using subsurface utility engineering (SUE) technology to perform soft digs with vacuum trucks is a smart way to locate underground utilities while virtually eliminating the possibility of damaging that utility, especially a direct-buried fiber optic cable. Another means of identifying conflicts is the use of Level A locates, which provide the depth and lateral location of the utility. The combined use of SUE technology and Level A locates removes all the guesswork from the conflict analysis equation. Some may ask, “Can we afford to use SUE and Level A locates?” Yet, others may ask, “How can we not afford to use SUE and Level A locates?”

For example, back in 2015, Charlotte County launched a wastewater expansion project. This project affected residents and utilities in an area consisting of roughly 1.38 square miles and was large enough to be bid out under three separate contracts.

CenturyLink could have spent a few hundred thousand dollars relocating cables but chose to use Level A locates and CADD line work to its advantage instead. Providing the County and its bidders with a set of plans that included the depth and lateral location of CenturyLink’s buried facilities in relation to the proposed sewer was well-received by everyone involved with the project. Ayres Associates performed the locates and transferred the data onto the County’s construction plans. This strategy worked so well that in about a year and a half of construction, we’re aware of only two incidents – sheath damage to a 25 pair and minor damage to a 50 pair.

The cost of hiring Ayres for locate and CADD line work was worth every penny, especially when compared to the cost of relocation. (Not many consultants provide CADD line work to the engineers of record and DOT utility coordinators, but Ayres Associates has provided this service for each phase of the road move or bridge expansion project for many years.)

This strategy worked because of the cooperative nature of the Charlotte County engineers and its engineering consultants as well as the skill of the County’s contractor in placing the wastewater facilities. 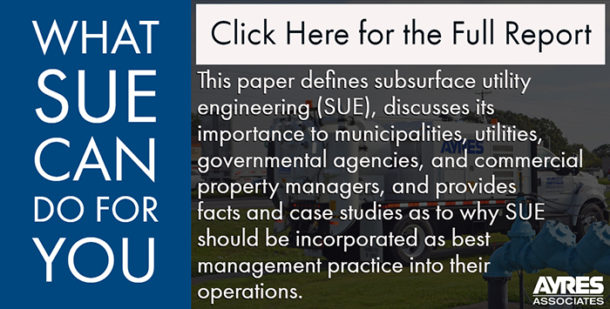 Learn more about how our telecommunications professionals can make your road relocation run more smoothly.